End of the Year Book Survey

I have to give it to Diary of an Imaginary Friend by Matthew Dicks. It was a fantastic read. I can't say enough good things about it. It was creative, witty, and interesting.

2.  Book you were excited about & thought you were going to love more, but didn’t:

Breaking Night: A Memoir of Forgiveness, Survival, and My Journey from Homeless to Harvard by Liz Murray. I was so excited about this book, I love a good memoir and inspirational story, but this was mostly a let down. It was too depressing, and although there was a happy ending, I had to force myself to read it.

I Want it Now! A Memoir of Life on the Set of Willy Wonka and The Chocolate Factory by Julia Cole, who played Veruca Salt. I really wanted to read it, but wasn't sure what to expect. I loved it! If you are a fan of Willy Wonka, you need to read this book. It gives a wonderful sneak peek into the behind the scenes world of the movie!

4.  Book you read in 2013 that you recommended the most?
I recommended almost every book I read!

I don't really read series. Not since Hunger Games, anyway. However, I did read If I Stay and Where She Went (If I Stay #2),  by Gayle Forman. Loved these a whole bunch, and am excited to see how the movie will be!

Rainbow Rowell. She is an incredible young adult author. I look forward to reading more of her work!

7.  Best book that was out of your comfort zone.

Mr. Penumbra's 24 Hour Bookstore by Robin Sloan. I don't usually read mystery/adventure books. This one was different for me, but I enjoyed it!

Reconstructing Amelia by Kimberly McCreight. I read this so fast because I wanted to know what happened. People say it's a copy of Gone Girl, and while there are similarities, I was still intrigued.

I rarely reread books, but I would probably reread Fangirl by Rainbow Rowell, or Diary of an Imaginary Friend. 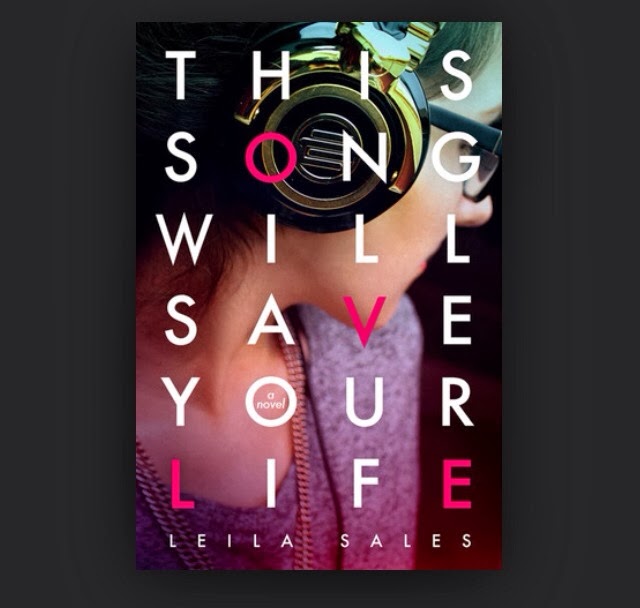 Me Before You by Jojo Moyes. This is another one of my very favorites of the year. It is a beautiful story of two unlikely people becoming close.

13.  Book that had the greatest impact on you.
Oh, a lot of them! Maybe The Repeat year.

Is Everyone Hanging Out Without Me?  By Mindy Kaling was released in 2011. I don't really watch her show, but I decided to read the book because I do think she's pretty funny. I cracked up reading it and am kicking myself for not reading it sooner, AND for not watching her show. I'm actually hoping to watch it on Netflix this weekend.

15.  Favorite passage/quote.
"I needed to tell him, silently, that things might change, grow, or fail, but that life did go on. That we were all part of some great cycle, some pattern that it was only God's purpose to understand"- Me Before You

"And as for this knowing what the future holds- well, it sucks, and I'd be one to know, right? It can make you feel trapped at first, like you don't have the power to change anything. But you have to get past that. You have to get to a place where you realize you're the only one who has been standing in your way all along"- The Repeat Year

"All I do when we're apart is think about you, and all I do when we're together is panic. Because every second feels so important. And because I'm so out of control, I can't help myself. I'm not even mine anymore, I'm yours, and what if you decide that you don't want me?"- Eleanor and Park

"Write your own part. It is the only way I've gotten anywhere. It is much harder work, but sometimes you have to take destiny into your own hands. It forces you to think about what your strengths really are, and once you find them, you can showcase them, and no one can stop you"- Is Everyone Hanging Out Without Me?"

"No one, no one truly knows what is possible until they go and do it".- Breaking Night

"Because throughout it all, you are still, always, you: beautiful and bruised, known and unknowable. And isn't that-just you-enough?"- This Song Will Save Your Life

17.  Book that had a scene in it that had you reeling and dying to talk to someone about it.

Honestly, probably The Storyteller, by Jodi Picoult, which I am just finishing. It has a whole heap of information about the Holocaust and concentration camps, and it's been a while since I have immeresed myself in that. It's so interesting....depressing, but interesting.

ELEANOR AND PARK. Hands down.

19.  Favorite book you read in 2013 from an author you read previously.

The Storyteller, Jodi Picoult.  I went through a phase where all I read was Jodi Picoult, but then I got sick of it because I began to easily predict what would happen. The Storyteller is a real winner, though. I highly recommend it!

Ten Girls To Watch. Shari recommended it, it was the first book I ever read on my kindle. It was fabulous!

I don't typically get crushes on book characters. None from the books this year really ring a bell.

Diary of an Imaginary Friend.

25.  Book that was the most fun to read.
Probably The Repeat Year or This Song Will Save Your Life.

27.  Best book you read that you think got overlooked this year or when it came out.
Not sure if any of them were overlooked!
Posted by Megan at 1:28 PM

What a fun survey!

1. I loved Eleanor & Park, too, and can't wait to read Fangirl. Everyone I know who's read it has adored the story!

2. Adding Diary of an Imaginary Friend to my to-read list!

4. So glad you enjoyed Ten Girls to Watch!