Before I begin my open letter to Nicole Arbour, allow me to give some back story to all those reading.

Nicole Arbour is a Youtuber (and self proclaimed "comedian"). She has a history of pissing people off. Last week, she made a video titled "Dear Fat People". In this video, she spits out hatred and disgust toward overweight people. She says that fat shaming doesn't exist...and she claims that she is making this video to "help people" because she cares about them and wants them to live longer.

This video has made it's way around news circuits. Other Youtubers have made their responses. Their are some heated discussions happening. People have very strong opinions about the video, and about Nicole.

And as a former "fat person", I certainly had a lot of feelings when I watched this video. So here I am, to share those thoughts.

Dear Nicole;
By now I am sure you've heard every type of response to your video. I know there's no way you will ever read this one, nor do I think it will change your mind about fat people.

First of all, I can 100% agree that obesity is a concern. I work for the American Cancer Society and I know that diet and exercise play into your chances of being diagnosed with cancer. But I also know that there are perfectly healthy, THIN people who are diagnosed with cancer or other diseases. Being fat does NOT equal a death sentence or a diagnosis. It does not always mean unhealthy, same as being thin does not always mean healthy. But, yes, obesity is a concern. I am a huge advocate of healthy lunches in schools, getting people to move more and cut out crappy, processed foods. I get it-it would be great if we were all healthier. But there's a problem- it's not that easy.

Nicole, I was once obese. And do you know how I got to be obese? It wasn't because I was lazy or because I loved food and loved getting to eat whatever I wanted. It was because I was suffering from depression and anxiety, and it sparked a food addiction. Much like individuals turn to alcohol or drugs, I turned to food to comfort me. Now I know they are some people who think that food addiction doesn't exist or that it would be an easy addiction to have. That is not the case. My years of suffering from a food addiction were the darkest years of my life. I hated who I was, so I didn't care that I was killing myself with food. I barely left my house, I lost friends, I never had a serious relationship. I felt worthless. And every time I tried to stop, my depression/anxiety told me I wasn't worth getting better...that I would never be loved...that I would be better off this way. Each day I had to force myself out of bed because I didn't want to face the world. I would never wish that amount of loneliness, unhappiness, or self destruction on anyone. It nearly destroyed me.

Are you still jealous? Do you want to be the me that I was a few years ago? Have at it. Tell me how it feels. Let me know what it's like to sneak food into your bedroom so no one sees you binge...or how it feels to be so sick to your stomach that you are lying on your bathroom floor. Or to look in the mirror and hate yourself. Tell me how jealous you are then.

You also say that "fat shaming doesn't exist". Your video negates that point pretty quickly, since that's all you are doing in your video. But trust me, it exists. It existed every time someone stared at me, or laughed at me, or called me names. It exists, and it's getting worse.

I'm so worried for people who have your mindset. People who think that you are "Helping" others by making fun of them, tearing them apart, calling them names. That. Doesn't. Work. In fact, it often causes more problems than good. Here's what you can do instead. If there really is someone in your life whom you are worried about because of their weight, you have a conversation with them about it. You tell them you are worried. You do not call them disgusting, or tell them it's "so easy" or that you are jealous of them because they can eat whatever they want. You help them determine what the bigger issue is, and you help them work through it as best you can. That's what my parents did for me, and here I am 125 lbs lighter. That's what works. Not yelling into a camera about how awful it is to be fat.

Your video was a big trigger for me. After I watched it I just felt so sad and heavy. I wanted to lay in bed all day and be sad about it. As I mentioned above, when I was at my worst, and my highest weight, I felt worthless. Your video basically said "yes, you are worthless". My heart broke for the girl I was a few years ago when I watched your video. And I'm a 28 year old grown woman, so I can't imagine the impact your video had on young teens who are struggling with body issues. Maybe you think that's not your problem but as a human being who is trying to be a household name, I'd say it is your problem. You are well aware of your audience and who may stumble on your video.

In closing, Nicole, I have this icky feeling that you aren't going to change your mind. I've seen your Twitter feed and the way you've responded to critics like me, and it isn't pretty. You don't seem to care how hurtful your video actually was. You call it comedy and satire. You just don't get it.....and you may never get it. But I certainly hope that reading stories like mine opens your mind a bit. I hope you learn to use your platform for good. And I certainly hope that you have learned some things along the way. In today's world there are a lot of ways to get your 15 minutes of fame, I'm utterly confused as to why you chose this route. 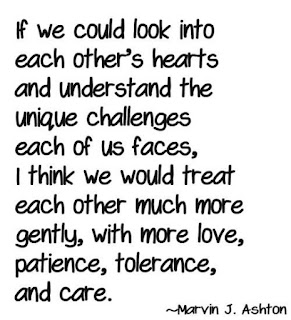 Absolutely wonderful, Megan. She is a hate-filled woman who does not have room in her very black heart for compassion. The fact that you feel you have to validate her venom hurts me immensely, but I get it. Please know that YOU are the better soul, fat or thin. Her Godless soul is crying for help. Your God-filled soul is full, and crying out to those in need. I am saddened that someone as wonderful as you needs to air a response to this snake. Stay strong, and turn your ears and soul away from these hate-filled people. You are amazing!